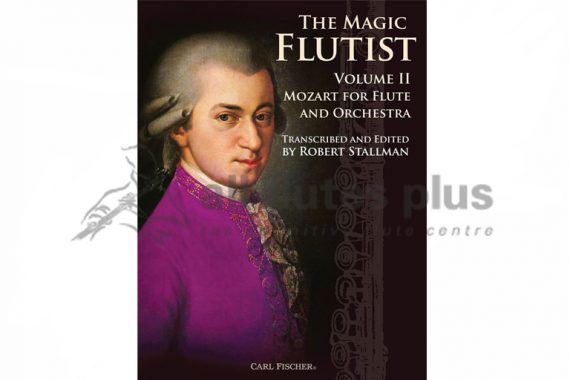 ‘The music of Wolfgang Amadeus Mozart is universally cherished by listeners and performers, transcending boundaries and generations. World-renowned flutist Robert Stallman has created another unique compilation for solo flute, providing even more “new” Mozart selections that invite flutists to enter more fully into Mozart?s expressive world. This adeptly prepared edition, a sequel to The Magic Flutist, Vol. I: 51 Pieces for Solo Flute, offers music for enjoyment, inspiration, study and performance, while encouraging fluency in Mozart’s often elusive style—one that the great pianist Artur Schnabel called “too easy for children, and too difficult for artists.” Carl Fischer Publishers Description