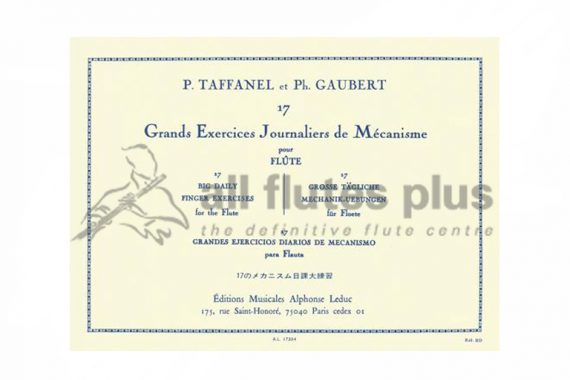 French musician, Philippe Gaubert was a distinguished flautist, respected conductor, and also a composer, primarily for the flute.

Taffanel studied at the Paris Conservatoire with Louis Dorus, graduating in 1860. When Taffanel became Professor of Flute at the Conservatoire, in 1893, he revised the institute’s repertoire and teaching methods. Taffanel’s pupils learned to play in a new, smoother style that included a light and carefully-modulated vibrato. People still swear by his study books and perform his flute repertoire. Jack of all trades, Taffanel also conducted the Paris Opera and The Société des Concerts du Conservatoire.