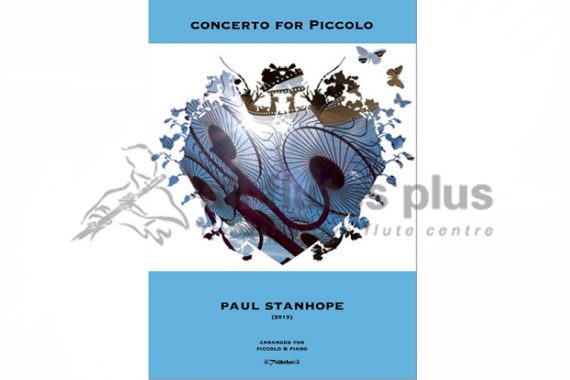 Paul Stanhope (b. 1969) is a Sydney-based composer and a leading figure in his generation of Australian composers. He has had prominent performances of his works in the UK, Europe, in many Asia-Pacific countries as well as North and South America. After studies with Peter Sculthorpe, Paul was awarded the Charles Mackerras Scholarship which enabled him to study for a time at the Guildhall School of Music in London in 2000.

In May 2004 Paul’s international standing was confirmed when he was awarded first place in the prestigious Toru Takemitsu Composition Prize. In 2011 he was awarded two APRA/Australian Music Centre Awards for Instrumental Work of the Year and Vocal/Choral Piece of the Year and in 2015 was a finalist for the Orchestral Work of the Year. Paul is also the recipient of a Sidney Myer Creative Fellowship for 2013-2014 – the first Australian composer to be granted this honour.

In 2010 Paul was Musica Viva’s featured composer: his String Quartet no. 2 received nation-wide performances by the Pavel Haas Quartet as part of this season, as did his Agnus Dei – After the Fire for violin and piano, performed by the stellar duo Alina Ibragimova and Cédric Tiberghien. Other choral and chamber works received national tours by the Choir of Trinity College, Cambridge and the Atos Piano Trio from Berlin. Paul’s music has also been featured at the Vale of Glamorgan Festival in 200, The Huntington Festiva in 2014 and at the Australian Festival of Chamber Music in 2016.

2014 saw the premiere of Jandamarra: Sing for the Country a major new dramatic cantata based on the life of the Western Australian indigenous resistance hero. Scored for solo baritone, choirs, an indigenous ensemble of singers and dancers and orchestra it was premiered by large forces including Gondwana Choirs and the Sydney Symphony. It has been hailed as a work of major cultural significance. Paul’s Piccolo Concerto was featured in performances by the Melbourne, Adelaide and Tasmanian Symphony Orchestras in 2013. This has been followed up by Dawn and Darkness – a new Cello Concerto premiered by Narek Hakhnazaryan and the Sydney Symphony in 2016.

Paul is a Senior Lecturer in the Sydney Conservatorium of Music, University of Sydney and the Artistic Chair of the Australia Ensemble. He is represented in Europe by the Only Maestros artistic agency.