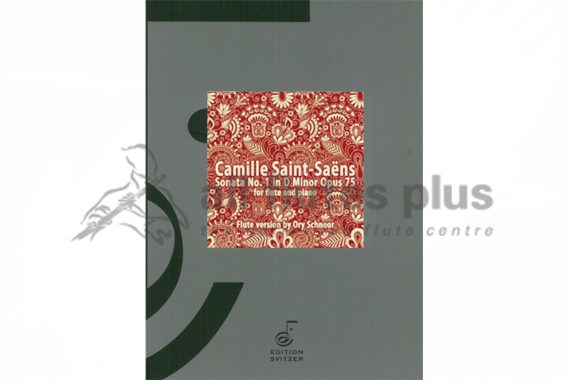 Charles-Camille Saint-Saens (1835 – 1921) is mainly known today as a composer of a small and selective amount of pieces, although his list of works includes 14 operas, songs, concerti, chamber music and sacred music – written during his whole life – from the age of only 3 years old till his death.

As a child prodigy pianist he was often compared to talented Mozart. His connection with the piano was so strong that his mother had to close the piano and limit the time Saint-Saens could play, as she was worried her child could become obsessed with the piano. As a result, young Saint-Saens started crying and did not stop only until the piano was opened again. He composed his first composition at the mere age of 3 – 2 years younger than the age of Mozart when he wrote his first piece.

Music was not his only interest. He was interested and wrote articles about literature, philosophy and sciences (and especially astronomy) . He was a poet and a traveler. Born in the decade when Berlioz presented his “Symphonie Fantastique” and being a student in the era of the nationalism in Europe, Saint-Saens became a leading figure in shaping the French musical nationalism. Nevertheless, Saint-Saens was “loyal” to the old classical forms and criticized the new German and Italian influences , but at the same time allowed the romantic movement to fit in his pieces.

The violin sonata (written in 1885), the origin for this edition, is a great example for Saint-Saens’ composition that is not often performed and yet shows his great talent, his abilities, musicality and the mixture between the old, the new and the French touch.

In the transcription, and despite the differences between the dynamic range of the flute and the violin in their different registers, I have tried to minimize the changes that were done and to stay as loyal to the original as possible. The changes were made mainly to guarantee the best performance with a flute.

The piece is a great challenge for every flutist and I am very pleased to present my transcription through this wonderful edition.

I would like to thank my former professor and mentor – flutist Jacques Zoon and pianist Cameron Roberts, who helped me bring this transcription to its first performance.

Charles-Camille Saint-Saëns was a French composer, organist, conductor and pianist of the Romantic era. His best-known works include Danse macabre, the opera Samson and Delilah, the Third (“Organ”) Symphony and The Carnival of the Animals.

Categories: SHEET MUSIC, S to U, REPERTOIRE (Fl and Pn)
Finance for your Flute
+ more
Price Promise
+ more
AFP Support Plan
+ more
Specifications Explained
+ more
Looking for Something? Speak to our Specialist Team
Give us a call :+44 (0)20 7388 8438 or email: afp@allflutesplus.com