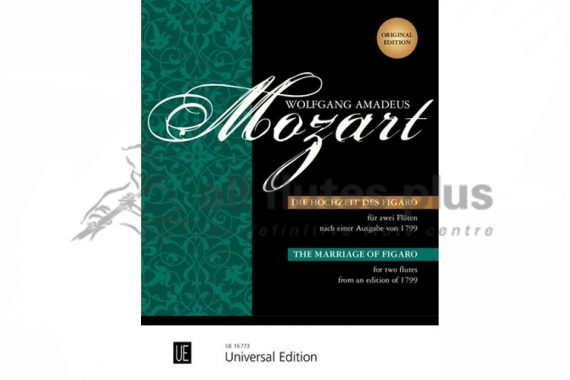 This duet arrangement from the late 18th and early 19th centuries of Mozart’s ‘Le nozze di Figaro’ has served as a basis for modern-day editors. Whilst retaining many aspects of the original flute arrangements, Mozart’s own intentions with regard to the relevant orchestral settings have been considered and respected. Suitable for intermediate-level flautists, these duets may well introduce players to the music of Mozart.