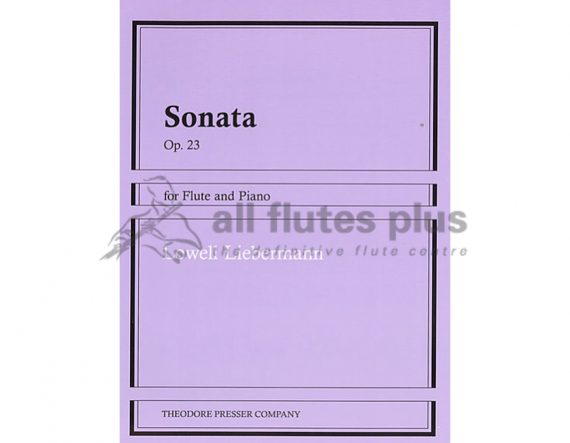 Liebermann Sonata Opus 23 for Flute and Piano, written in 1987 for flutist Paula Robison as the result of a commission from the Spoleto Festival Chamber Music Series. The first performance took place at the 1988 Spoleto Festival by Robison and pianist Jean-Yves Thibodet. The following year the National Flute Association described it as one of the Best Newly Published Flute Works of 1989.

The Sonata consists of two movements: the first, a tightly structured Lento with much contrasting material; and the second, a rondo-like Presto energico that requires the utmost in virtuosity from both flutist and pianist.’