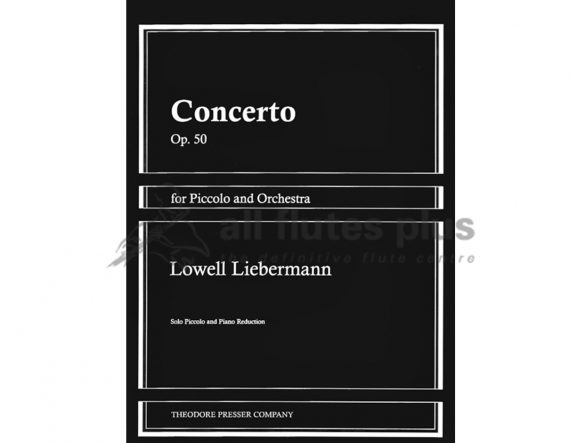 Liebermann piccolo concerto for piccolo and orchestra received its premiere in 1996 by Jan Gippo and members of the New Jersey Symphony Orchestra at the National Flute Association Convention, New York.