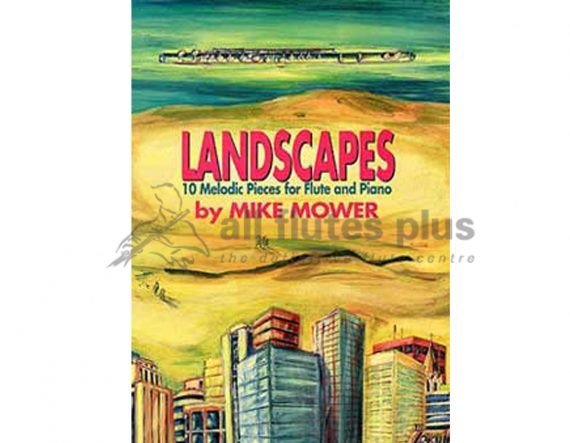 Landscapes-Flute and Piano-Mike Mower. 10 melodic pieces for flute and piano.

An album of 10 easy to intermediate level piece for flute and piano aimed at the younger player.

An album of 10 easy to intermediate level piece for flute and piano aimed at the younger player. Composed and arranged by flautist, Mike Mower, the flute parts are kept as simple as possible with lovely melodies. The piano part in contrast,  contains dissonant, jazz-influenced harmonies. Markings in the part contain classical phrasing and dynamics.

He frequently performs and demonstrates his music at colleges, universities and music conventions worldwide. Mike plays a Powell flute and is currently a Powell endorsee.