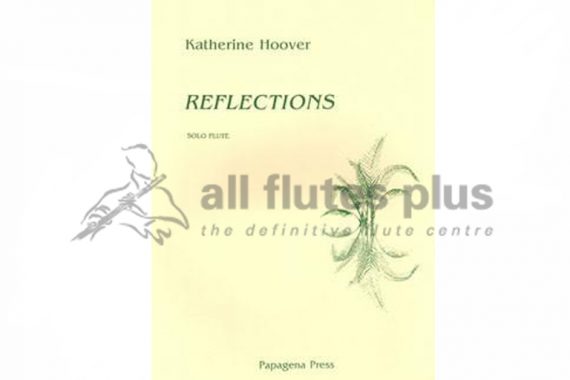 “Reflections” is a series of free variations on a short sequence from the ancient Norwegian Olavs-fest in Nidaros. Most of it was written during a performing residency at Artpark, near Niagara Falls, New York, in 1982. I played for an hour out-of-doors twice a day, usually alone, but sometimes with mimes or storytellers. Each day I wrote a variation and performed it still in pencil sketch. Later that fall I reordered the set, and added a contrasting variation and a finale. Katherine Hoover