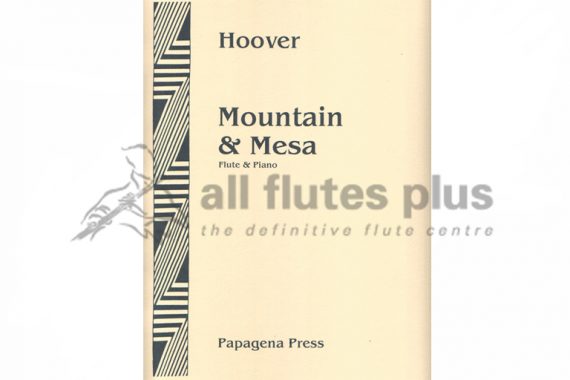 Hoover’s latest work is three-in-one. Exploring the different sounds of flute around the world, her three movements are built around the gypsy music of Eastern Europe (Hungarian Lass?), a Hopi Lullaby of Native America, and Dizi Dance in the style of the Chinese folk music. This delightful new triad was premiered at the 2009 National Flute Association convention by Mimi Stillman and Jeremy Denk. For advanced performers.