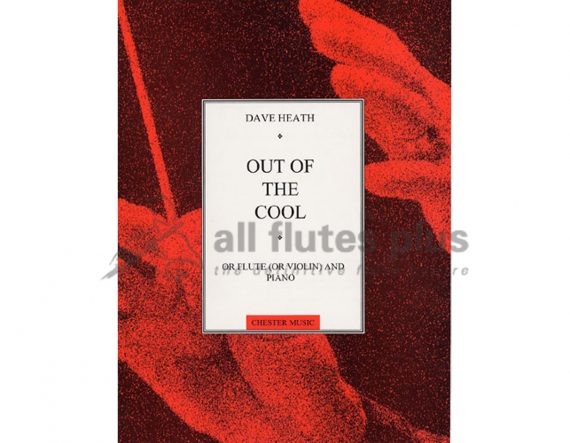 Composer’s Note Out Of The Cool was my first work and inspired by the music of Miles Davis and John Coltrane. It was originally written for the flute, but may equally well be played on the violin, cello or soprano saxophone. The piece is in three sections – slow/fast/slow. I have not marked many dynamics or phrasings, and those shown are suggestions only. The slow sections in particular should be very free rhythmically, and each performer should feel free to interpret the piece in his own way. The pedalling marks, however, are more specific, as I have used them to show how notes and chords are to be sustained. Some of the blurred effects may seem strange at first, but this pedalling is essential to the style of the piece. Above all, Out Of The Cool was written to be enjoyed, so have fun with it! David Heath.