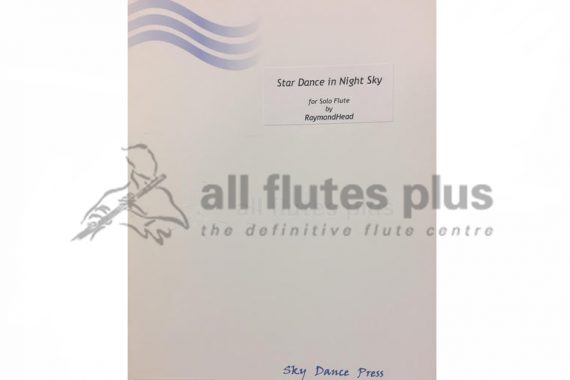 “It is a beautiful poetic meditation … which stands as a companion piece to his successful and evocative Sky Dance for solo flute.” Tempo, October 2008.

Raymond Head MA ISM FRAS, composer, writer and teacher of voice and piano, lives in Chipping Norton, Oxfordshire, UK. He is Vice President of the Holst Society, a Fellow of the Royal Asiatic Society, and a Member of the Royal Society of Musicians and the Incorporated Society of Musicians (Performers and Composers Committee (2004-2007). For nearly twenty years he taught at Sibford Quaker School, Banbury, Oxfordshire.

Born in London in 1948, after studying the piano with Alice Goossens he went to Dartington College of Arts and Rolle College, Exmouth, Devon from 1967 to 1970. He studied composition privately with Roger Smalley and Edwin Roxburgh and visited Darmstadt, Germany for the Ferienkurse für Musik in 1968. After teaching at Bottisham Village College, Bottisham, Cambridge and subsequently in Devon he went to Rome in 1976 and taught at St George’s School, Rome and was a repetiteur for Hans Werner Henze’s first Cantiere at Montepulciano, Tuscany.

Disillusioned with the path of contemporary music Raymond Head began an investigation into Indian influences on Western culture, a long time interest. This led to post-graduate work at the Royal College of Art, London, travel in the USA on a British Academy scholarship and a short-stay Yale Fellowship. In 1986 he published a book The Indian Style (Allen & Unwin, London, University of Chicago Press, 1986) which was followed in 1991 by A Catalogue of the Paintings and Drawings in the Royal Asiatic Society, London. He was invited to give the Sir George Birdwood Memorial Lecture at the Royal Society of Arts, London in 1987. He also gave concerts and broadcasts for the BBC in London (during the 1982 Indian Festival, London), Turin and for the National Trust on the theme of Indian influences on western music.