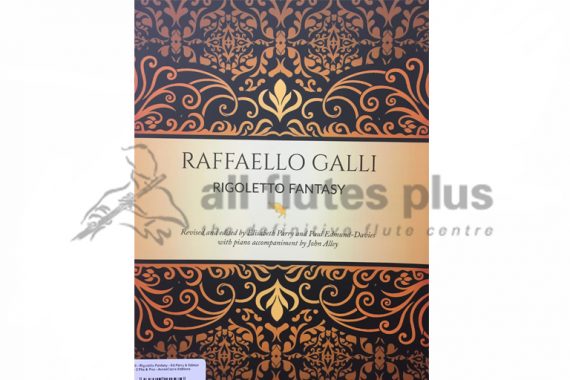 This substantial new work for two flutes and piano brings Galli’s Duetto on Themes from Rigoletto to sparkling life with a newly composed piano accompaniment. Fully revised and edited, this is a unique and entertaining addition to the concert repertoire.

Paul has also edited several books of music including:

Aurea Capra Editions aims to produce beautiful, high quality editions of fine music for flute. Our journey started with the discovery of some long-forgotten 19th century Italian flute music which we were determined to bring back to life. Other projects soon followed, with a focus on expanding the repertoire for two flutes and piano. Revised and edited to the highest standard by Elisabeth Parry (the Italian editions in collaboration with Paul Edmund-Davies), and with piano accompaniments and arrangements by John Alley, these new publications offer musical opportunities for players of all standards.

High quality piano play-alongs at rehearsal and performance tempi plus duo rehearsal scores for the more advanced works are available to download for each publication.