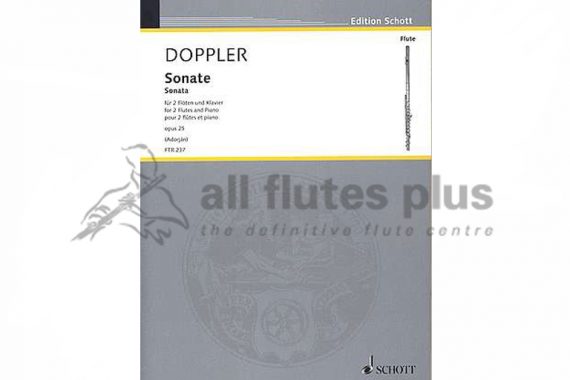 This sonata for two flutes and piano by Franz Doppler was rediscovered by Prof. András Adorján in the former production archive of the Schott music publishing house and is now published completely for the first time. An undated handwritten note on the title page of the manuscript solves the riddle: “NB. Von dieser Sonate nur Andante u. Rondo stechen zu lassen und das Stück demgemäß zu titulieren“. [NB. Engrave only Andante a. Rondo of this Sonata and name the piece accordingly.] This is why only the last two movements were printed by Schott and this composition survived as a fragment. Andante and Rondo are very popular among flautists. Now they can enjoy the whole sonata including the first two movements Moderato and Menuetto.