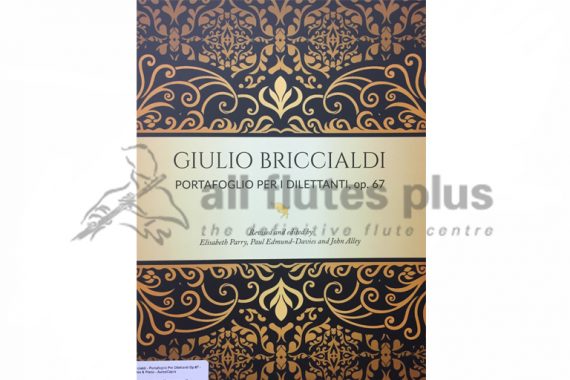 A wonderfully melodic and virtuosic work for two flutes and piano. This new and fully revised edition of a little-known 19th century Italian gem makes a fine recital alternative to the Doppler works for the same combinations.

Giulio Briccialdi was an Italian virtuoso flautist, professor of flute, composer and flute technician and innovator who made signicant contributions to the modern day flute. In particular, he invented the Bb thumb key for the Boehm system flute.

Paul has also edited several books of music including:

Aurea Capra Editions aims to produce beautiful, high quality editions of fine music for flute. Our journey started with the discovery of some long-forgotten 19th century Italian flute music which we were determined to bring back to life. Other projects soon followed, with a focus on expanding the repertoire for two flutes and piano. Revised and edited to the highest standard by Elisabeth Parry (the Italian editions in collaboration with Paul Edmund-Davies), and with piano accompaniments and arrangements by John Alley, these new publications offer musical opportunities for players of all standards.

High quality piano play-alongs at rehearsal and performance tempi plus duo rehearsal scores for the more advanced works are available to download for each publication.