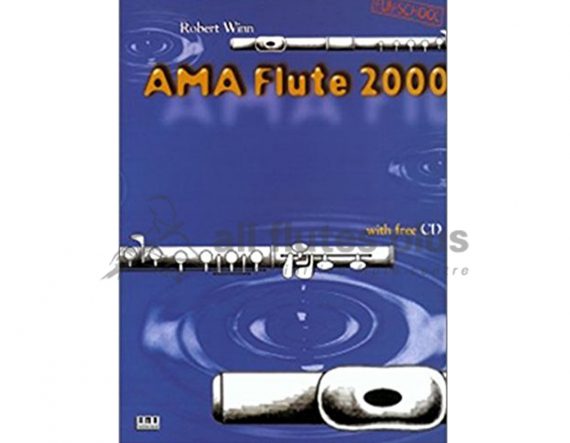 Prof. Robert Winn is a graduate of the Royal Academy of Music in London. He was principal flautist of the Royal Philharmonic Orchestra from 1985-1999. Professor Winn reguarly gives masterclasses worldwide. He was Professor of Flute at the Franz-Liszt-Academy in Weimar and in 1999, became Professor of Flute at the College of Music in Cologne. Apart from his wide experience in classic musical genres, he has played on many Hollywood movies such as The Lord of the Rings, Notting Hill, The English Patient amongst others.

In writing this method for Flute, the author has attempted to bring together all the elements of beginner Flute playing, in a simple format with a minimum of text. Twenty-five brilliant, full colour photographs clarify the difficulties encountered with the embouchure and the holding of the instrument.

The author offers several explanations for the technical elements regarding hand positions, B flat fingerings, articulation, and other topics. Phrase marks and dynamics have been added to some of the pieces, but the majority of these have been left to the discretion of the teacher.

The accompanying free CD is designed to encourage the awareness of the young Flute player by presenting various accompaniment sounds, which have been created on a synthesizer. This method can be used with children as young as 7.