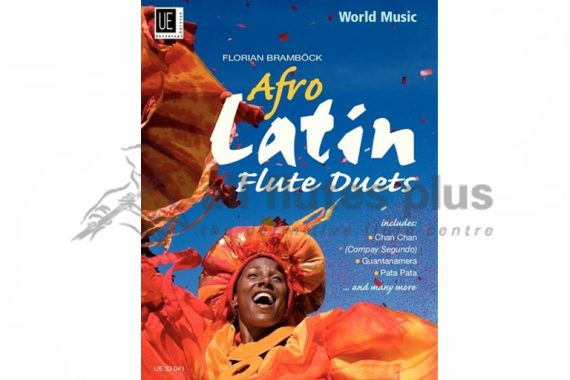 When you explore the contents of this sheet music you will immerse yourself in the exotic world of Afro-Latin Jazz, an exciting form of music fusing African and Caribbean dance rhythms with American Jazz.

This edition offers easy to intermediate flute duets in a mixture of Latin and African styles. Latin music has roots not only in Central and Sout-American folk music, but is also strongly influenced by music from Africa. In particular the rhythmic richness and exotic flavour of Afro-Latin-Jazz can be traced to the traditions of African music, which left its characteristic mark during the colonial period in America. These 15 arrangements of well-known and original pieces as Pata Pata, Chan Chan Son and Guantanamera are a great introduction for flautists to the ever-changing sounds and rhythms of Afro-Latin Jazz. The authenticity of the arrangements and the variety of styles will make this a popular choice for middle grade players. Finalist of “The National Flute Association Award” 2010