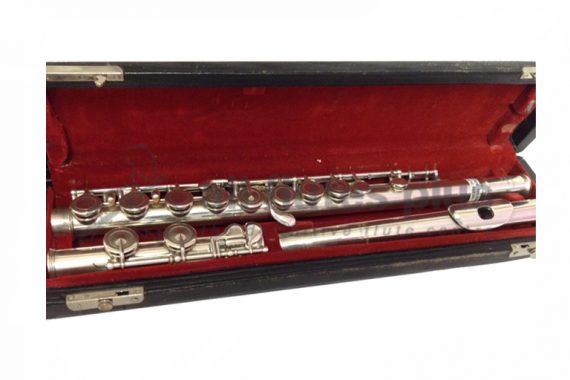 Albert Cooper (1924-2011) was a renowned British flute maker who apprenticed at Rudall Carte until the war. After leaving Rudall Carte, he set up his own individual flute making business. Cooper was known for inventing the ‘Cooper scale’ which has now been adopted universally by most major flute companies. Mr Cooper recalculated the position and size of the tone holes so that there was greater accuracy across the instrument. His instruments and headjoints have been much sought after for many years.