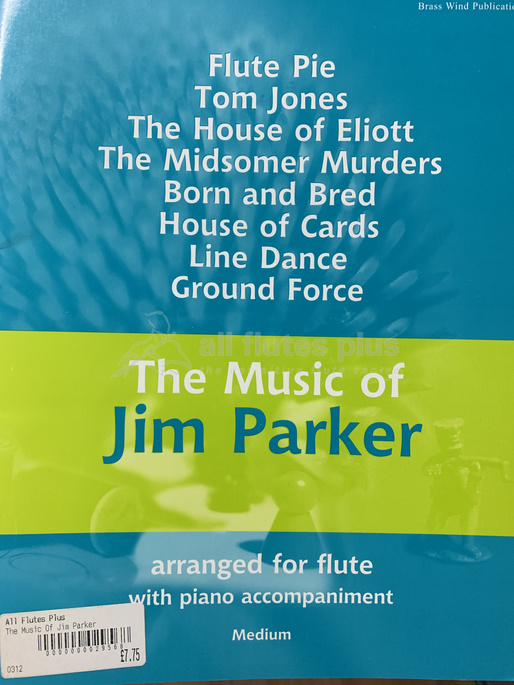 The Music of Jim Parker is a series of folios containing themes written for various films or popular television programmes.

Jim Parker
After graduating as an oboe player at the Guildhall School of Music Jim played with leading London orchestras and chamber groups before joining The Barrow Poets as a performer and composer. He had success in the recording studios with a series of records in which he set to music the poems of Sir John Betjeman, spoken by the poet and conducted by the composer. These and subsequent records, including ‘Captain Beaky’ with words by Jeremy Lloyd which topped the charts as both a single and album led to work in television as well as in the London West End theatre and at Chichester.

He has written the scores for over a hundred TV programmes and has won the BAFTA award for best television music four times. Television drama series include ‘The House of Eliott’, ‘Soldier Soldier’, ‘Tom Jones’, ‘Midsomer Murders’, and ‘Born and Bred’. Film scores include ‘A rather English Marriage’, ‘Lost for Words’, and the classic silent film ‘Girl Shy’, by Harold Lloyd.

Concert works have been written for The Nash Ensemble, Philip Jones Brass, The Hilliard Ensemble, The Albion Ensemble, The Wallace Collection, The Raphael Ensemble and Poems on the Underground. His published compositions include ‘A Londoner In New York’ for ten brass, ‘Mississippi Five’ for wind quintet, ‘The Golden Section’ for brass quintet and a ‘Clarinet Concerto’. He is also the recipient of an honorary degree from the Guildhall School of Music and Drama.

Categories: A to C, ALBUMS, D to F, Film Music and TV Theme Albums, G to J, K to M, N to R, REPERTOIRE (Fl and Pn), S to U, SHEET MUSIC, V to Z
Finance for your Flute
+ more
Price Promise
+ more
AFP Support Plan
+ more
Specifications Explained
+ more
Looking for Something? Speak to our Specialist Team
Give us a call :+44 (0)20 7388 8438 or Email: afp@allflutesplus.com