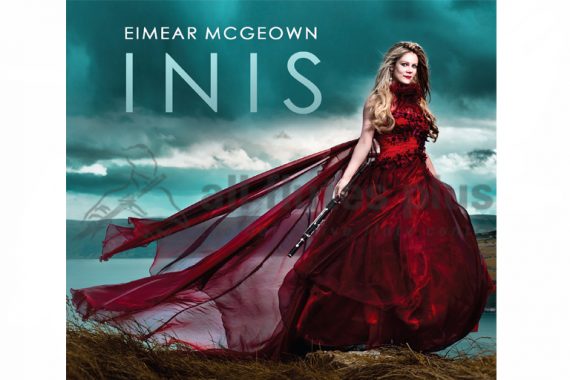 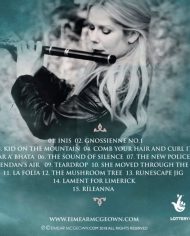 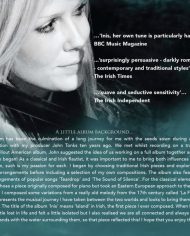 Eimear McGeown, one of the world’s most versatile exponents of both the classical and Irish flute, is releasing her first, genre-breaking, solo album, ‘Inis’, on Inis Records. The recording is supported by National Lottery funding through the Arts Council of Northern Ireland.

“This album has been the culmination of a long journey for me with the seeds sown during a musical collaboration with my producer John Tonks ten years ago”, said Eimear from London where she is now based since completing her degree at the Trinity College of Music “As a classical and Irish flautist, it was important to me to bring both influences to life on this album, such is my passion for each. The album reflects the musical journey I have taken between the two worlds and looks to bring them uniquely together.”

“There is a great genre mix here and I genuinely believe there is something for everyone on this album. I have always wanted to break down the barriers of people’s perceptions of music whether it is classical, traditional or pop – it’s all good music!” Eimear McGeown

Irish flautist Eimear McGeown has steadily built a reputation as being one of the world’s most versatile exponents of both the classical and Irish flute. She has appeared as a soloist in North and South America, South Korea, Japan, China, The Philippines and throughout Europe. Two of her most notable performances have been on BBC’s Last Night of the Proms and the World Premiere of Dave Morris’ Concerto in the Library of Congress in Washington DC. She has recorded with various artists on albums for Decca, Universal and Chandos Record labels and played on BBC Radio, Classic FM and RTE Lyric FM. Having performed for President Bill Clinton, Prince Charles and Prince Edward, Eimear received an invitation by Her Majesty the Queen, to attend a Royal Reception at Buckingham Palace to celebrate her achievements in the Performing Arts.

On the Irish flute, she holds two All Ireland titles and has released a Celtic EP on iTunes. She has recorded with Barry Douglas on two of his Celtic albums which feature several of her own compositions and also recently performed them together with Camerata Ireland in the Kennedy Center, Washington DC. Eimear has recorded at the Abbey Road Studios, for the video game Runescape and played in Lord of the Rings in the West End, London. She performed at the Sori International Music Festival in South Korea with the Irish Memory Orchestra and recently as a featured soloist with Libera in Tokyo’s Opera City Concert Hall. She is also involved in the Pop music scene and played with the X Factor winner Matt Cardle on the National Television Awards, the rock band Amsterdam at the Glastonbury Festival, and played support to The Pogues in the Echo Arena, Liverpool.