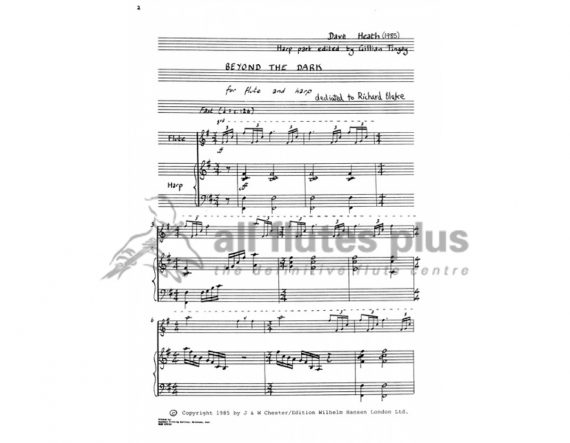 Beyond Dark consists of one movement in three sections (fast-slow-fast). Influences from the modern jazz harmony of Herbie Hancock and Chick Corea and also traditional Japanese instruments such as the koto and shakuhachi feature in this piece.