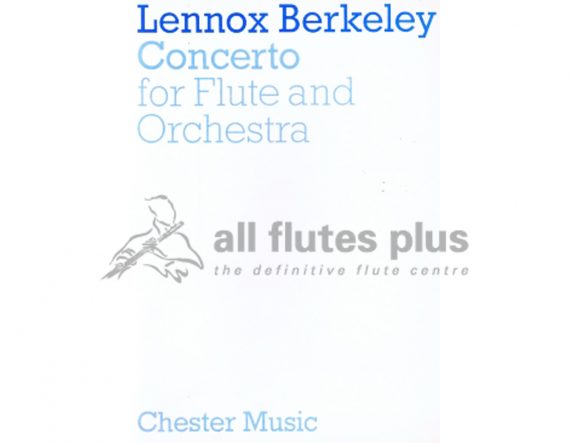 Lennox Berkeley did not take up the serious study of music until after coming down from Oxford in his early twenties. His musical education occupied the next six years, which he spent in Paris as a pupil of that celebrated teacher, the last Nadia Boulanger. He consequently escaped the influence of the English academic tradition and the folksong revival, and acquired a cosmopolitan outlook.

Now one of England’s most respected senior composers, Sir Lennox remains a keen Francophile. It is clear that some of the most characteristic traits of French music and of the neo-classical Stravinsky of the Paris years struck responsive chords in the refined sensibility of his own temperament. However, every composer worth his salt develops an individual musical personality, absorbing only those influences’ that serve his artistic purpose. In the music of Berkeley’s maturity it is the sensitive handling of instrumental sonority and the unfailing lucidity of texture that may be traced back to his formative years. His Flute Concerto, which was composed in 1952 and dedicated to John Francis, evinces these qualities and the lyricism which had become more prominent in his post-war works. It is scored for an orchestra of two oboes, two bassoons, two horns, timpani and strings.

The first movement is centred on the key of D.A. seven-bar introduction presents downward chromatic figures on lower strings to rhythmic figures and thematic fragments of previous movements – has opportunities for display, including flutter-tongued bars and alternations between legato and staccato phrases. The tempo slows for a cantabile flute subject over even minims in the strings, the resumes the initial pace with an orchestral passage in dotted and syncopated rhythm. A cadenza precedes the 12/8 Presto coda, which ends with the solo instrument holding a high A over a chord of D major.